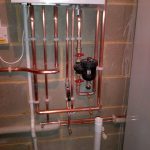 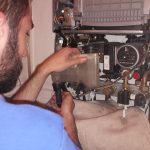 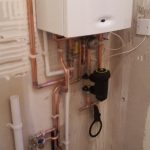 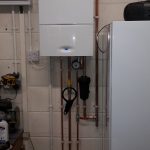 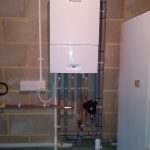 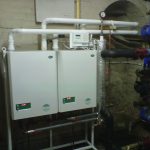 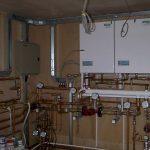 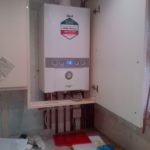 Benefits of a New Gas Boiler

Quick, easy and generally cheap to install Since a combi boiler requires no tank, it is one of the more straightforward boiler types to install. This also means it tends to be a cheaper option both for installation and repairs. 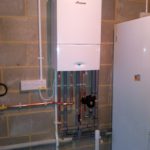 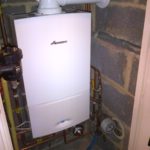 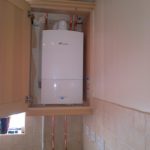 Condensing boilers typically extract over 90% of the heat from the fuel they burn, making them both cost effective and energy efficient. They are so effective because they extract heat from flue gases which would have otherwise been lost by a non-condensing boiler. For this reason any new boiler installed in the UK (from 2005) has to be condensing whether it’s combi, system or conventional.

Compact design If you opt for a condensing combi boiler there is no need for water storage tanks, making it ideal for a smaller property. The size of the boiler itself can also be much more compact and modern in design than many older models.

A combi boiler, also known as a combination boiler, is a type of condensing boiler. Combi boilers are highly efficient and compact, making them ideal for smaller homes. The name combi comes from the fact that these boilers are able to act as both a water heater and also a central heating unit. Thanks to their space saving features, combi boilers are one of the most popular choices in the UK – accounting for over half of domestic boiler installations each year.

Combi boilers work by heating water directly from the mains, so you don’t need a hot water storage cylinder or cold water tank. This is ideal for smaller properties without airing cupboard or roof space. This heating method also makes them very energy efficient and affordable to run, as water is not heated and stored (and thus wasted if it’s not used). Whilst combi boilers have some great advantages, there are also considerations you should make before going ahead with an installation.

Energy and cost efficient Since you only heat the water you need, when you need it, a combi boiler wastes very little energy (and therefore money).

Good water pressure Providing you have an adequate level of mains pressure, you should experience a good level of pressure from your shower and taps with a combi boiler.

Hot water on demand You don’t need to wait for a water tank to heat up as a combi boiler heats water on demand. This also means you can have an unlimited amount of hot water.

boiler directly heats your central heating and also produces hot water for your storage cylinder. It is a heat only boiler and works in a similar way to a regular boiler, however it includes additional units within the boiler itself such as an expansion vessel and a pressure release valve.

A hot water storage tank will always be required with a system boiler, as it needs somewhere to store the water it has heated. A system boiler doesn’t however require a cold water tank, saving space and making them more suitable for smaller homes than a conventional boiler. 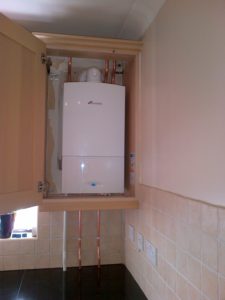 Also known as a regular boiler, a conventional boiler system is made up of a number of parts including a boiler, heating controls, a hot water cylinder, a cold water storage cistern plus a feed and expansion cistern. A conventional boiler can often be found in older, larger homes and less are being installed as time goes by.

A conventional boiler system is fed by two tanks which are located in the loft. One of these, the cold water storage tank, draws cold water from the mains supply. The other is the feed and expansion tank, which feeds the boiler system and manages any water that expands in the system after being heated.

Works well when replacing an older system When it comes to replacing the heating system in an older property, a conventional boiler can be a good option as it requires minimal changes to the pipework if any.

It can work with a backup immersion heater An electrical immersion heater can be installed into the hot water cylinder, so if your boiler breaks down you have an alternative way to heat water.

Takes up a large amount of space A condensing boiler requires both a loft and an airing cupboard to house the cylinders and systems that make it up. This means it is often not ideal for smaller homes.

Hot water tank heat loss A conventional boiler system uses a hot water storage cylinder. Whilst hot water is stored in there it will lose heat over time, in order to prevent this you should insulate your tank well.

You can’t have instant hot water Once you’ve used all of the hot water in your storage cylinder, you will need to wait for the boiler to heat another tank full before you can use more. This means you should consider the amount you are likely to use when choosing a water cylinder.

Complicated to install Due to all of its separate parts and pipework, a conventional boiler system is one of the more time consuming and costly heating systems to install.

For whatever your heating needs are, EMD Heating can source the right boiler for you.

View all posts by: EMD Heating